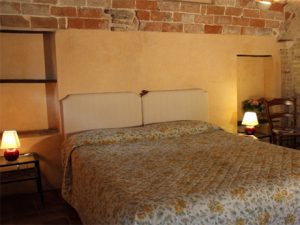 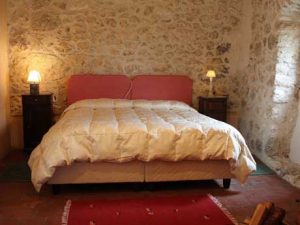 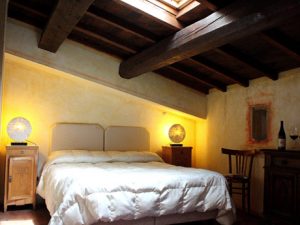 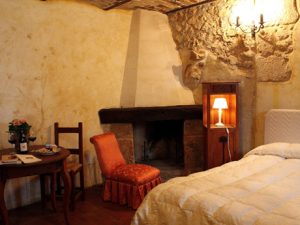 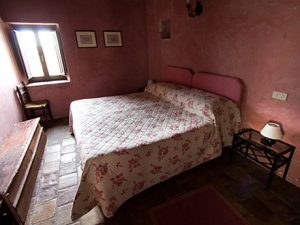 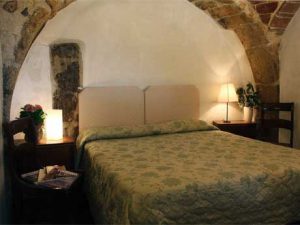 In the ancient village of Rocca Calascio, just below the famous tower, there is the Rifugio della Rocca, for 20 years a famous Hotel,Restaurant and Bar. The rooms and apartments have been restored, recovered fromthe ancient ruins of the village. In addition to 9 rooms, including double,triple and quadruple, the Rifugio Della Rocca also has a dormitory with 16 bedsfor groups, and a room available for meetings and concerts. The restaurant ison two levels, with a maximum capacity of 100 seats. The dining rooms, as the hotel’srooms, have preserved their characteristic style typical of the village. Uponreservation, you can reserve our famous tables next to the windows, which haveaerial views of the valley, or those close to the fireplace. When temperaturesand weather permitting, you can also dine outdoors, on our big tables outside.

You can book at any time of year to visit the fortress andthe octagonal church, the splendid medieval villages and the mountains of GranSasso and then return in the evening to taste the specialties of our Rifugioand sleep just below the castle in one of our warm and confortable rooms.Starting from the Rocca, our concierge organize climbing, hiking in the NationalPark, on foot or by mountain bike. In winter you can not miss the cross-countryand alpine skiing, snowshoeing and hiking on the snow.

During the year the Rifugio della Rocca regularly organizes,in collaboration with the workshop of Orazio Tuccella Music, classical musicconcerts of high level. You can also organize conferences on literary andscientific, meetings, exhibitions and conferences.

Rifugio della Rocca is widening, now stand to lose bypurchasing a landmark building from which we will derive other possible 6rooms, but it will take some time.

The Rifugio della Rocca, nestling below the ancient castle at Rocca Calascio, offers a characteristic restaurant and bar, and the “albergo diffuso”, a hotel whose lovingly restored rooms and apartments are distributed in various buildings in the village. The hotel also has a dormitory that can sleep groups of up to 16 people. Bookings can be made all the year round, and you can visit the Rocca (castle), the octagonal mountain church, the beautiful medieval villages in the district and the mountains of Gran Sasso. In the neighbourhood you will find good climbing sites, footpaths and routes for mountain bikes in the National Park, and cross-country and back-country skiing areas are on hand. Throughout the year the Rifugio Della Rocca organizes classical music concerts, in collaboration with maestro Orazio Tuccella’s Officina Musicale ensemble, and literary and scientific lectures.

Rocca Calascio, with its castle, church and village, the nearby historical and artistic treasures, the entire district between the towns of L’Aquila and Sulmona offers innumerable sight-seeing attractions. The history of the castle and its village, on the border of the territories of these two towns, coincides with that of the Carapelle Barony, that in the second half of the Renaissance built many civil and ecclesiastical buildings, thanks to the riches due to its thriving trade in wool. Rocca Calascio is also the historical building standing at the highest altitude in the Pennines, built in the middle ages to overlook the territory.